Coachability: 5 Qualities of a Coachable Paddler

“Coachability.” It’s a commonly used word in sports. We all seem to have an idea of what it means. Or do we? I decided that I wanted to get specific in what coachability truly is from a coach’s perspective.

Paddlers often get labeled as “coachable” or not. “Coachable” means “able to be coached,” but what qualities does a coachable paddler have? What exactly earns someone this title?

There are 5 main qualities of a coachable paddler. They are: humility, drive, focus, perseverance, and trust.

Let’s use “Jane” as an example. She thinks that she is such a good paddler, far beyond anyone else on the team. She walks around like she is the best thing since sliced bread and will let anyone and everyone know how awesome she is. She has a mindset that she does not need to improve and therefore she is closed to the idea of doing anything different in terms of technique or training. Nothing about Jane is humble. And Jane is astoundingly uncoachable.

Coachable paddlers must set their ego aside and be open to critiques and making changes. They must not take criticism as a personal attack, but rather as an opportunity to learn and develop. No matter how good a paddler is, there is always room for improvement. Some of the best paddlers I know who have the best times in time trials for the National Team are the most humble. Don’t let your ego get in the way of your progress or you will find yourself being passed up by other paddlers.

“Tom” claims that he wants to be a better paddler, but rarely comes to practice. He is a good talker, frequently posts things on Facebook about paddling, but when it comes right down to it, he doesn’t show up to practices. On days that Tom does come to practice he is reluctant to push himself, takes frequent breaks, and lets the rest of the team do more of the work. When encouraged to put more effort into his stroke or make a correction in his technique, Tom complains frequently and demonstrates laziness. He is easily defeated by difficult practice pieces. Tom does not have the drive to succeed.

Coachable paddlers demonstrate that they have the drive and the will to get up off their butts and put in the time and effort that it takes to become better. No one is a fabulous paddler overnight. Sure, some have more innate ability than others, and the sport certainly comes easier to some, but everyone has to work on something to further their paddling career. If you are not willing to do your part to improve, the coach is going to eventually give up on doing his or her part because it becomes obvious that it isn’t a balanced relationship. Do your part and the coach will do his/her part.

“Carrie” has a desire to make the team, she comes to practice frequently, but she isn’t 100% sure exactly why she wants to be on the team and hasn’t managed to set any goals for herself. She likes the team jersey, she likes the camaraderie, she likes seeing her friends at practices and enjoys chatting during breaks, but she doesn’t seem to have the passion for the sport that top paddlers have. She is easily distracted at practice and doesn’t really want to take her paddling to the next level. Carrie does not have the ambition or focus that is necessary.

Coachable paddlers focus on the practice and embrace the purpose of each practice. While it is nice to chat with your teammates, if you are on a competitive team and have the goal of winning in mind, you are not at practice to socialize. If you truly want to improve, your purpose for practice is to work on technique and endurance. A coach will quickly recognize who is willing and able to stay focused throughout a practice. 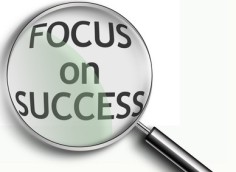 When the coach asks “Jim” to modify his technique, he either claims that he is already doing it, or he gives excuses as to why he cannot. Jim is comfortable reverting back into his old habits of a less-than-stellar technique because he doesn’t have the tenacity necessary to keep him in the race. When Jim does show signs of improvement, they don’t last very long. He is quick to give up and isn’t persistent enough to become a strong paddler.

Coachable paddlers persevere in the good times and the bad times.There are no excuses. They don’t give up in the face of adversity. They find obstacles to be a minor bump in the road and look for ways around them. They embrace challenges and seek out ways to conquer them.

“Sally” came from another team and therefore learned a different paddling technique which is slightly varied from that of her new teammates. When her coach makes corrections to her stroke, Sally does not comply and instead continues to paddle the way that she is accustomed to. She believes that her stroke is a better stroke. She has an “I already know it” kind of attitude. Sally does not trust the coach.

Coachable paddlers trust their coach. The coach wants to do what is best for the boat. He or she does not have any hidden agenda. The goal is to win. You may not agree 100% with everything that the coach does, but unless you are willing and able to take on the coaching role, do not judge or complain. Trust that what the coach is doing is in the best interest of the team. If you are not prepared to trust your current coach, perhaps it would be a good idea to find another team.

While you are working on mastering the five qualities listed above, think about what you will do with the feedback you receive from your coach. Here are a few quick reminders to help you be more coachable when your coach critiques your technique:

How to Balance a Dragon Boat: Tips for Your Most Successful Race Boat Layout

The Top 10 Ways that Paddling Leads to Personal Success: How Your Involvement in Dragon Boating Helps You in All Aspects of Life

13 Brutal Truths About Dragon Boating No One Wants to Admit

15 Questions About My Fitness and Workout Routine

The Twelve Days of Christmas, Paddler-Style

This site uses Akismet to reduce spam. Learn how your comment data is processed.

I'm Kristin, aka Paddlechica, an avid dragon boater, outrigger paddler, and coach. I started this blog as a way to answer some of the questions that my fellow paddlers were asking me after practice.

A Word from Our Sponsors